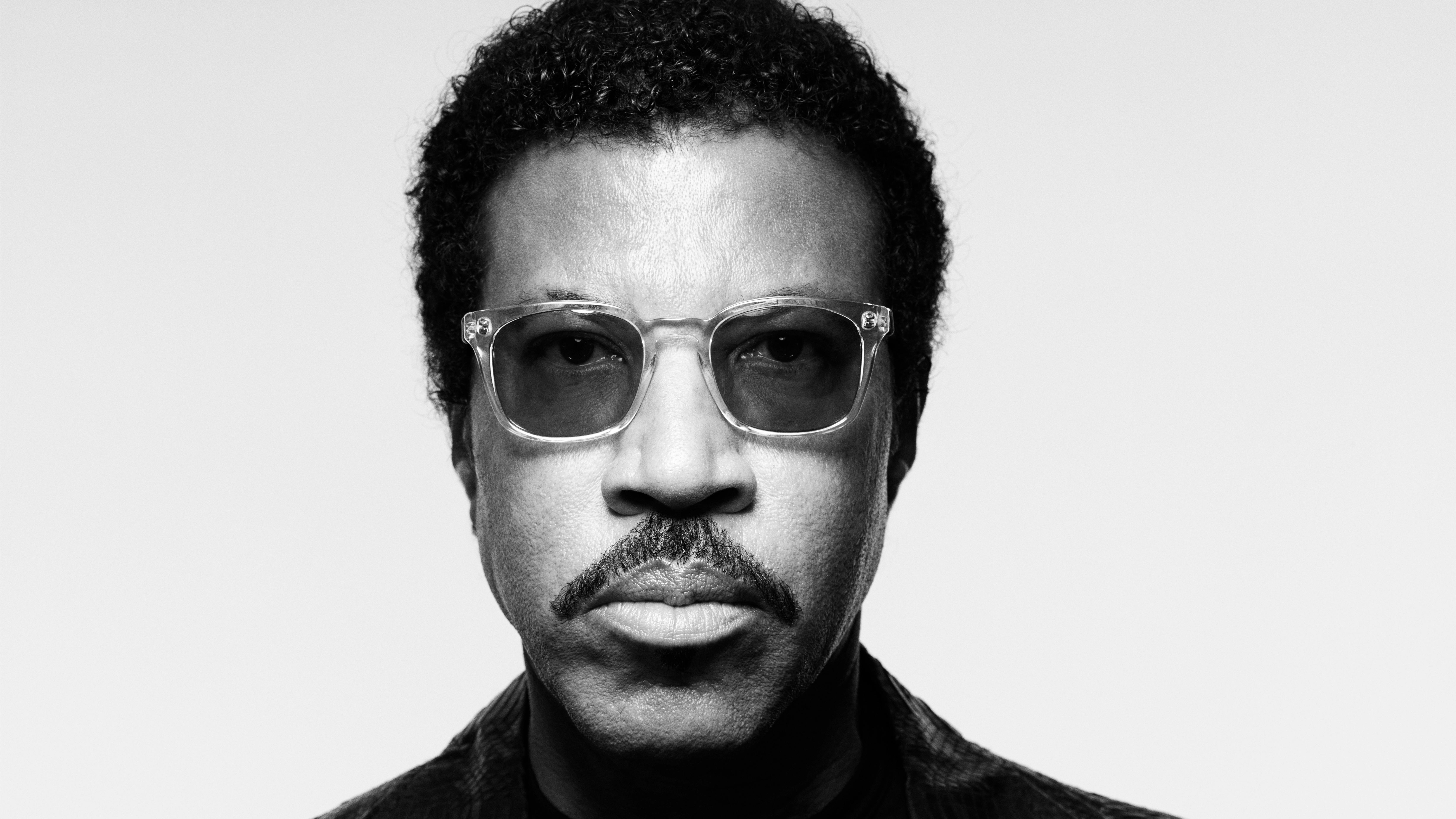 As a student in Tuskegee, Richie formed a succession of R&B groups in the mid-1960s. In 1968, he became a singer and saxophonist with the Commodores. They signed a recording contract with Atlantic Records in 1968 for one record before moving on to Motown Records initially as a support act to The Jackson 5. The Commodores then became established as a popular soul group. Their first several albums had a danceable, funky sound, as in such tracks as "Machine Gun" and "Brick House". Over time, Richie wrote and sang more romantic, easy-listening ballads such as "Easy", "Three Times a Lady", "Still", and the breakup ballad "Sail On".

In 1974, Richie achieved his first commercial success as a songwriter with "Happy People", which he co-wrote with Jeffrey Bowen and Donald Baldwin. Originally intended as a Commodores track, it was recorded by The Temptations, who had their penultimate No. 1 R&B with the song. By the late 1970s, Richie had begun to accept songwriting commissions from other artists. He composed "Lady" for Kenny Rogers, which hit No. 1 in 1980, and produced Rogers' album Share Your Love the following year. Richie and Rogers maintained a strong friendship in later years. Latin jazz composer and salsa romantica pioneer La Palabra enjoyed international success with his cover of "Lady", which was played at Latin dance clubs. Also in 1981, Richie sang the title theme song for the film Endless Love, a duet with Diana Ross. Issued as a single, the song topped the Canada, Brazil, Australia, Japan, New Zealand and US pop music charts, and became one of Motown's biggest hits.[citation needed] Its success encouraged Richie to branch out into a full-fledged solo career in 1982. He was replaced as lead singer for the Commodores by Skyler Jett in 1983.

Richie's 1982 debut solo album, Lionel Richie, contained three hit singles: the U.S. number-one song "Truly", which continued the style of his ballads with the Commodores and launched his career as one of the most successful balladeers of the 1980s, and the top five hits "You Are" and "My Love". The album hit No. 3 on the music charts and sold over 4 million copies. His 1983 follow-up album, Can't Slow Down, sold over twice as many copies and won two Grammy Awards, including Album of the Year, propelling him into the first rank of international superstars. The album contained the number-one hit "All Night Long", a Caribbean-flavored dance number that was promoted by a colorful music video produced by former Monkee Michael Nesmith. In 1984, he performed "All Night Long" at the closing ceremony of the XXIII Olympic Games in Los Angeles.

Several more Top 10 hits followed, the most successful of which was the ballad "Hello" (1984), a sentimental love song that showed how far he had moved from his R&B roots. Richie had three more top ten hits in 1984, "Stuck on You" (No. 3), "Running with the Night" (No. 7) and "Penny Lover" (No. 8), as well as writing and producing "Missing You" for former labelmate and duet partner Diana Ross (No. 10 Pop, No. 1 R&B). In 1985, he wrote and performed "Say You, Say Me" for the film White Nights. The song won an Academy Award and reached No. 1 on the U.S. charts, staying there for four weeks, making it the number-two song of 1986 according to Billboard's Year-End Hot 100 chart, behind the charity single "That's What Friends Are For" by Dionne and Friends. He also collaborated with Michael Jackson on the charity single "We Are the World" by USA for Africa, another number-one hit.

Since then, his ever-more-relaxed schedule has kept his recording and live work to a minimum. He broke the silence in 1996 with Louder Than Words, on which he resisted any change of style or the musical fashion-hopping of the past decade, sticking instead with his chosen path of well-crafted soul music, which in the intervening years has become known as contemporary R&B.

Richie's albums in the late 1990s such as Louder Than Words and Time failed to match the commercial success of his earlier work. Some of his recent albums, such as Renaissance and Just for You, have returned to his older style and achieved success in Europe but only modest notice in the United States.

Richie was the headliner at a 2006 Fourth of July tribute concert with Fantasia Barrino at the Philadelphia Museum of Art. On May 7, 2006, Richie performed on the main stage (Acura Stage) at the New Orleans Jazz & Heritage Festival, replacing Antoine "Fats" Domino, who had fallen ill. Richie released his eighth studio album titled "Coming Home" on September 12, 2006. The first single of the album was "I Call It Love" and was premiered in July 2006, becoming his biggest hit in the U.S. in ten years. The album was a big success for Richie in the United States, peaking at No. 6.[citation needed]

On May 2, 2008, Richie was the 21st recipient of the George and Ira Gershwin Lifetime Achievement Award at UCLA's annual Spring Sing. In accepting the award, Richie said: "Forget about surviving 30 some odd years in the music business, Lionel Richie survived 27 years of Nicole Richie."[20]

Richie returned to Australia in 2011 where he and guest artist Guy Sebastian toured the country and New Zealand with concert dates throughout March and April.[23] Richie and Guy Sebastian recorded Richie's 1983 number-one single "All Night Long" together to raise money for Australian floods and New Zealand earthquake relief.[24][better source needed]

On March 26, 2012, Richie released his tenth studio album, Tuskegee, which featured 13 of his hit songs performed as duets with country stars.[25][26] After years of mediocre sales in the U.S., the album returned him to the top of the Billboard 200 chart, his first number one album there since Dancing on the Ceiling, and achieved platinum status within six weeks of release.[citation needed]

On June 28, 2015, Richie played to an audience of between 100,000 and 120,000 people at the Glastonbury Festival, England. His show was described as "triumphant" by the BBC and was followed by his return to the top of the UK albums chart with a reissued compilation album of his work as both a solo artist and with the Commodores.[27] In September 2017, ABC announced that Richie would be a judge for the revival of American Idol.[28] Richie has been a judge on the reboot for four seasons, and is scheduled to appear for his fifth in 2022.[29]

In May 2017, Richie was honored at Berklee College of Music during its 2017 commencement concert when graduating students performed a medley of his discography. Richie was also awarded an Honorary Doctorate of Music.[30] On December 3, 2017, Richie received the Kennedy Center Honors.[31]

In October 2017, it was reported that Richie had secured the rights to produce a Curtis Mayfield biopic.[32]

On March 25, 2019, Richie announced a 33-date tour across North America for the summer. His 'Hello Tour' kicked off May 10 at Arlington's KAABOO Festival and runs through August.[33] 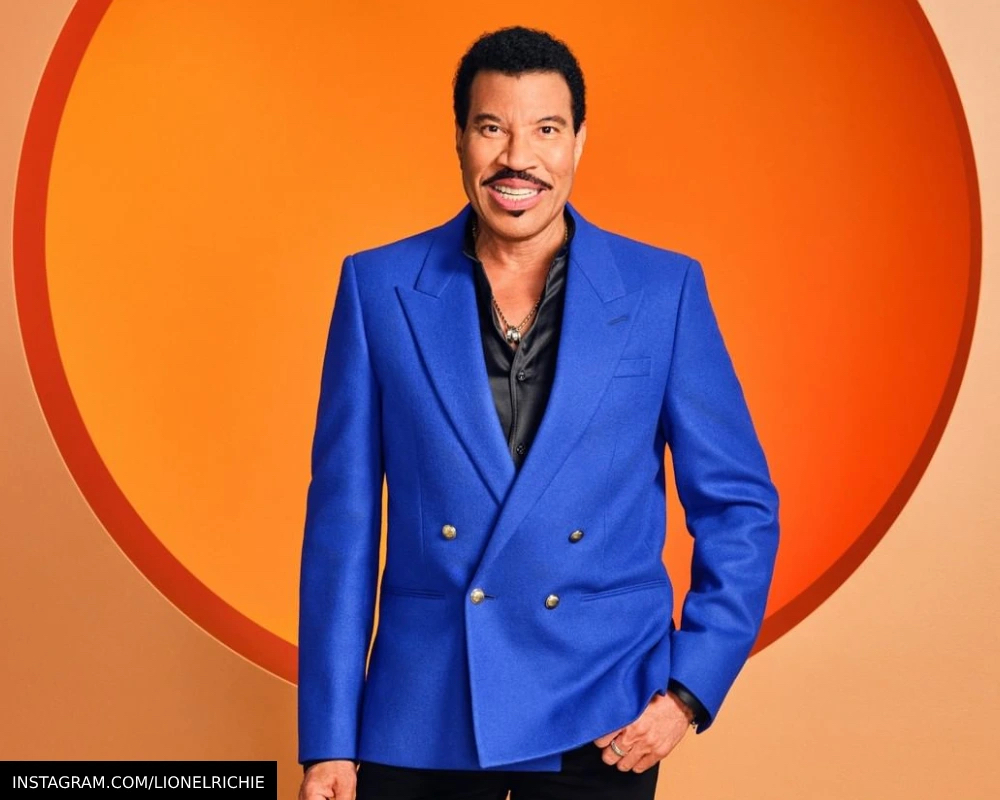 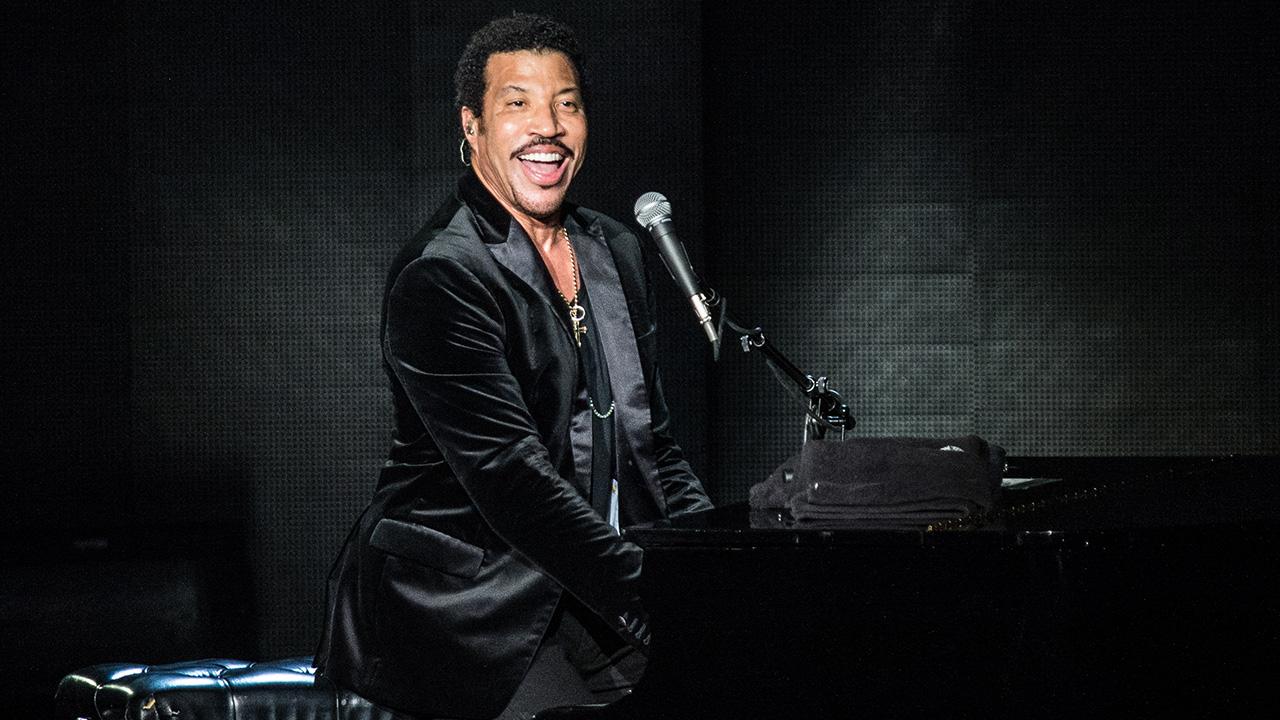